Tune into DStv School of Laughter this week, 15-21 Oct 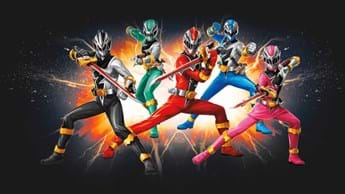 Come take a ride on the wild side with these awesome kids’ entertainment coming to DStv.

The Power Rangers Dino Fury spin-off makes its debut on Cartoon Network (DStv channel 301), and there are new adventures for the masked group of friends in S5 of PJ Masks.

The Marvel Universe adds another show to its line-up with Spidey & His Amazing Friends, and the only loveable animated shark we know goes on new adventures in Baby Shark’s Big Show.

All things for the kids

When an army of powerful alien beings are unleashed on Earth, threatening life as we know it, a brand-new team of Power Rangers, fuelled by the pre-historic power of the dinosaurs, are recruited to deal with the threat.

Three friends lead relatively normal lives by day in this animation kids’ series, but by night they transform into superheroes fighting villains and solving mysteries. In S5, the PJ Masks squad defeat the Ninjas with ease and get overconfident, which brings them more problems with the Night Ninjas.

In new episodes of this animated kids show about Baby Shark and his best friend, William, who go on fun-filled adventures, Baby Shark loses his tooth and William teams up with an unexpected ally to track down the lost tooth.

DStv is helping you Choose Joy by unlocking the best entertainment to help you feel every moment with your loved ones. Get and stay connected to DStv to watch it all this festive season.

Just look at the huge range of festive shows coming your way on DStv this December! Choose Joy and stay connected to DStv to watch them all.